In Gartner's 2020 Market Guide for AI-Enabled Translation Services, GTCOM is described as the only Chinese company to possess both a professional human translation service team and an entire ecosystem of AI-enabled machine translation.

Machine translation is a field for giants only. It can be hard for any company to secure a foothold here, but GTCOM has made it. With the YeeKit Chinese-English machine translation engine launched in June 2014, GTCOM joined Google, Microsoft, and Baidu as an early starter in the R&D and commercialization of machine translation technology. Today, YeeKit supports up to 60 languages.

GTCOM possesses the genes for independent R&D of the machine translation engine to make sure the accuracy and efficiency is perfect by establishing Machine Translation Research Lab. GTCOM-US unites with about over 100 well-known universities, forms LBDA (Language Big Data Alliance) to promote the research and progress of language s technology research and appliances.

On the basis of such a huge corpora data and research ability, GTCOM has a significant record of machine translation performance in last three years. In WMT 2021 the main task-news task has ten different language pairs. GTCOM participated in six language directions and ranked first in three language directions based on human evaluation: Bengali→Hindi, Hindi→Bengali and Xhosa→Zulu，notching up the second-highest number of wins among all the participated teams in the world, just after Facebook. Moreover, GTCOM ranked fourth in Zulu→Xhosa and Hausa→English, seventh globally in English→Hausa among all the 51 participated teams. In the 2020 Conference on Machine Translation, GTCOM won the championships in five language directions (Khmer-English, English-Khmer, Pashto-English, English-Pashto, and Tamil-English) out of all six participated directions. The number of championships ranked the first in the world. In the 2019 Conference on Machine Translation, GTCOM won championships in three language directions, tying the number of championships won by Microsoft Research Asia (MSRA) and the industry's global leader, Facebook.

As a mature technology capability, GTCOM-US’s Language Technology has been successfully applied to many intelligent hardware products such as LanguageBoxintelligent smart conference solution, JoveTrans series intelligent simultaneous interpreting earphones and so on. We have realized commercial, large-scale and scenario oriented vertical domain applications. 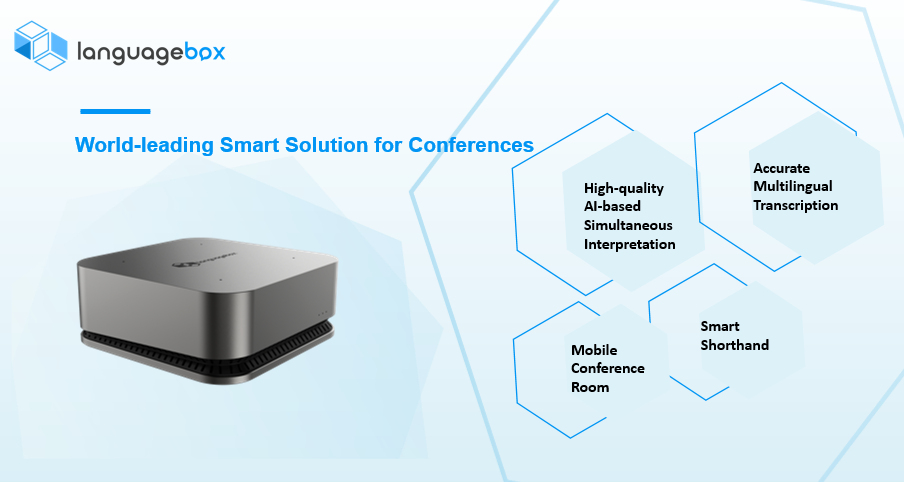 GTCOM is well respected for its universal translation platform, but the organization also provides machine-translation engine customization services for customers in vertical sectors according to their needs, using data from both sides of the customer's own client relationship. Customization is available in such areas as engineering, finance, healthcare and patents,etc.